The President of the Foundation and leader of the team spoke extensively to the students, staff and management of the School on the importance of being security conscious, saying it will help in reducing the rising incidences of terrorism in the country. He told the audience that security is a shared responsibility between the police and the people and that the citizens owe it a duty to volunteer useful and timely information to the police. He stressed the importance of knowing one’s environment very well in order to ascertain when unusual things or people are brought in. He cautioned against ignoring abandoned cars and bags at busy places such as motor parks, markets, churches, schools and cinema viewing centers advising that such should be reported to the police. “Be security alert, be observant of your environments and your neighbors”, the security guru preached.

During the question and answer session, Ollorwi explained that the security sensitization campaign is Eleme Research Foundation’s humble contribution towards solving security challenges facing the country. In the words of Dr. Ollorwi, “it is our voluntary response to President Goodluck Ebele Jonathan’s call to all Nigerians, ‘…to come up with enlightenment programmes for our people, to make citizens very aware of suspicious movements so that they can be reported promptly to security agencies’”.


In response to a question, the security expert said, “Always endeavor to know and understand those who stay around and within your neighborhood and what they do for a living” explaining that terrorists are criminals and criminals are not known by the expressions on their face but by what they do, when they do it, where they do it, and how they do it. He reiterated that since, the police need to have accurate information as quickly as possible about a suspicious activity, person or object to nip crime in the bud; citizens should volunteer this information while the police on its part shouls treat such information with utmost confidentiality.


In an interview, Mr Fifii Alfred, Principal of Rhoda Heartfelt Comprehensive College said owing to the security challenges in the country, the school has been taking steps to ensure the safety of its pupils. He said the steps taken so far include: orientating their security officers on what is expected of them, strategizing the security management of the hostels, engaging the hostels masters and mistresses on serious security briefings, applying stringent policies like reducing the visiting periods of parents to just once a month, as well as locking the school gate at 6pm daily.


On the ways to tackle the security problems confronting the country, Mr. Fifii said, the government should carryout massive enlightenment campaign on security which should be targeted at the youths. He pointed out that employment should be created for the youths to keep them busy.


He thanked the Eleme Research Foundation for its activities and called on the government, corporate organizations and individuals to fund the body so that they will reach all sectors of the society with the message of security. 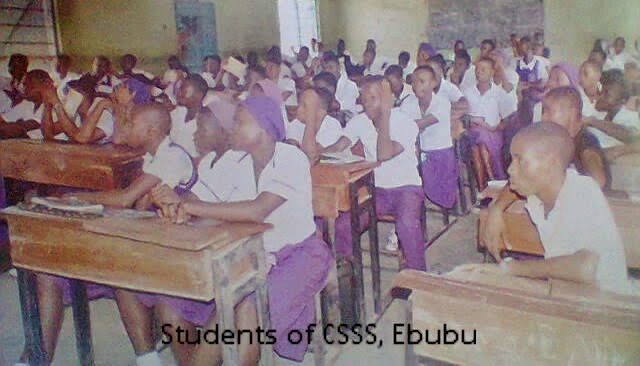 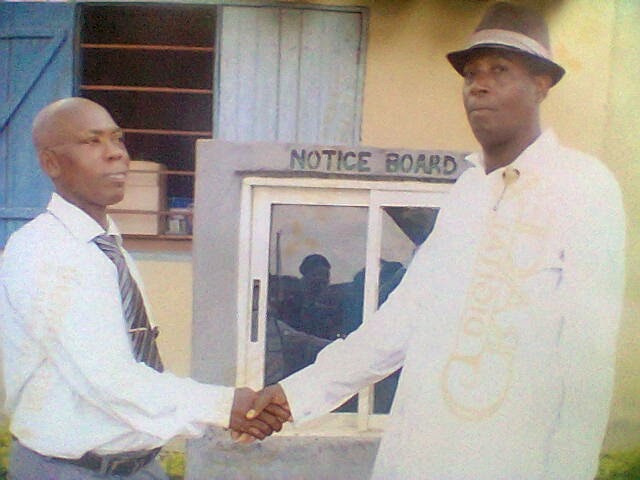 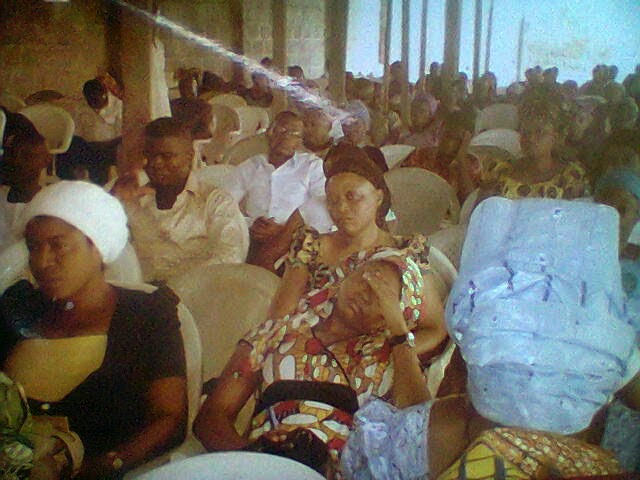 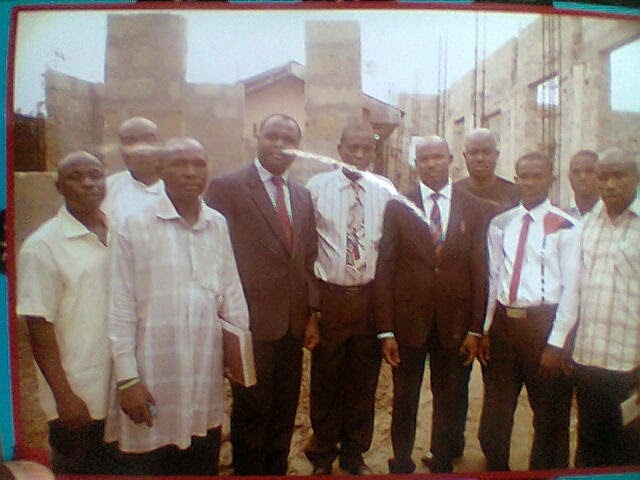 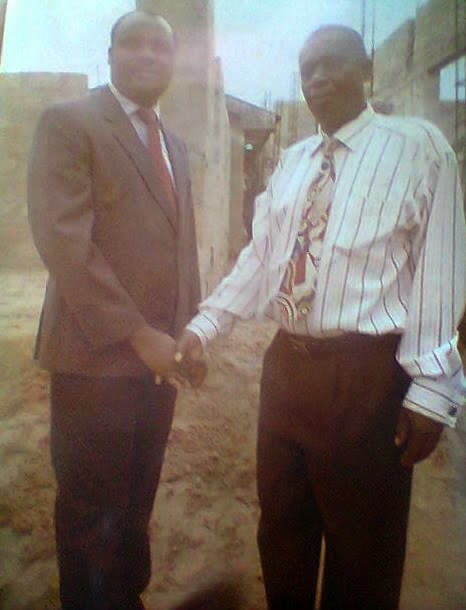 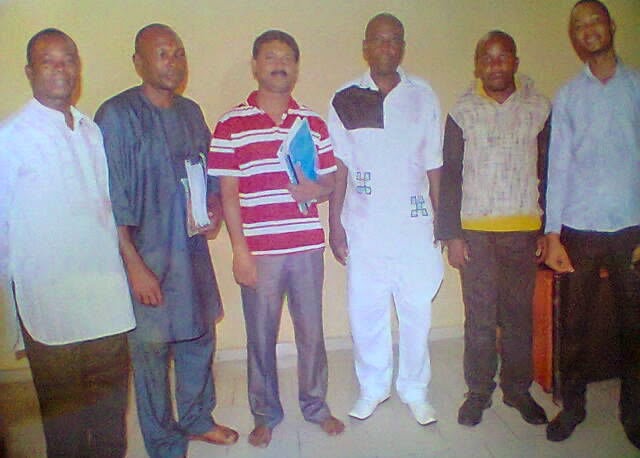 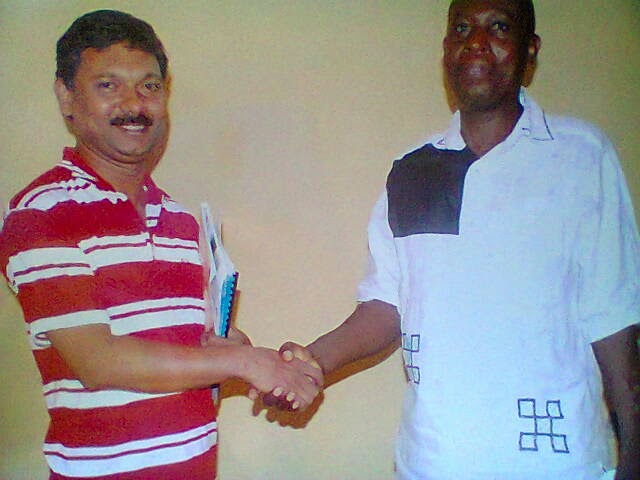 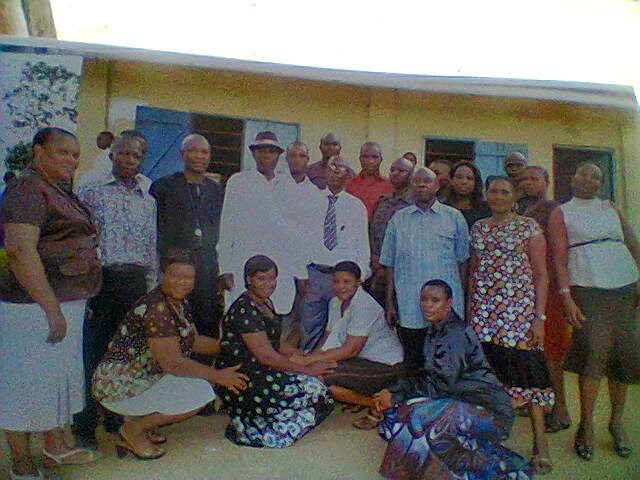 Posted by Ollorwi Osaro at 12:48 No comments:

HOW TO REPORT TO THE POLICE


HOW TO REPORT TO THE POLICE

“…begin to come up with enlightenment programmes for our people, to make citizens very aware of suspicious movements so that they can be reported promptly to security agencies”. President Goodluck Ebele Jonathan, GCON, soon after inspecting the scene of the Kura Park Nyanya Abuja blasts in which 71 deaths were recorded, while 124 suffered various injuries on 14th April, 2014.

In Nigeria, efforts have been geared towards the formulation of laws and norms to protect members of the society from the hands of the powerful, the predatory and the anti-social. The police force forms the organized institutional framework with wide statutory powers of law enforcement.

Section 4 of the Police Act CAP 359 Laws of the Federation of Nigeria provides that, “the police shall be empowered for … the preservation of law and order … and the due enforcement of all laws … and regulations”.

In other words, the Nigeria Police is charged with five main related functions all of which in one way or the other involve seeking out criminal elements and bringing them to account before the law. These functions are:


5.      The due enforcement of laws and regulations with which they are charged with, including the performance of such military duties as may be required of them.

In the exercise of the wide powers which the performance of these functions entail and in addition to the discretion involved, acts prejudicial to the rights and freedoms of individual results. The police powers can be abused in several ways. This may take the form of discrimination, physical attacks, identifying the suspect with other crimes to induce a confession to the offence under investigation, corruption, arbitrary and unwarranted denial of bail, exposing the informant to criminal elements, conniving with criminals to punish law abiding citizens for reporting criminal activities in the neighborhoods to the police and so on.

During the course of the ongoing Security Awareness and Sensitization Tour of Schools, Churches and Communities in Eleme by the Eleme Research Foundation, we were continually confronted with the issues of fears of reporting to the police due to the consequential clampdown on many informants by criminals resulting from police’s inability to protect and guarantee the anonymous of the informant or reporter. Efforts were made to advise the citizens to disabuse their minds of this fear and be reassured that the Nigeria police is under going realistic transformation. The result of this transformation is reflected in more cordial relationship between the police and the citizens; increased visibility of the police in our towns and villages; reduced response time to distress calls; greater protection for information providers; and a renewed effort to nip crimes in the bud. Now, the police are taking the battle against crimes and fears of crime to the criminals’ den.


This battle cannot be fought and won without every responsible citizen of this country supporting the police. No police department can function effectively without the concerned assistance of responsible citizens. The police depend on you to call and tell them whenever and wherever you observe suspicious persons or actions. Some people fail to call the police simply because they are not aware of what seemingly innocent activities might be and are hesitant to call for fear of being a nosy neighbor or a crank. Still others take it for granted that someone else has called the police. Others call but give inaccurate information thereby compounding issues and making it impossible for the police to act fast.

Basically, anything that seems even slightly out of place for your area or during the time of the day at which it occurs may mean criminal activity, is suspicious, and should be reported to the police.

Some of the most obvious things to watch for and report to the police include but not limited to:


2.      If you suspect criminal hideouts or meeting place in your neighborhoods, inform the police immediately. Always ask questions of unauthorized gathering of persons around your vicinity and report any suspicious meetings to law enforcement agencies.


3.      Hard-drugs attract crimes. Report hard-drugs dealing centers in your neighborhoods to the police.


4.      Deposit of suspicious sealed item, or liquid, by unknown persons should as a matter of urgency must be reported to the police.


5.      A stranger entering your neighbor’s house when it is unoccupied may be a burglar. Call the attention of the police. However, not every stranger that comes into your neighborhood is a criminal by any means. There are many perfectly legitimate people moving about our towns and villages, all the time. But criminals do take advantage of this by assuming the guise of legitimate business representatives. After all, if a criminal looked like a criminal, no one would have any trouble spotting him or her.


6.      A scream heard anywhere might mean a robbery or ongoing rape or murder in progress, call the police.


8.      Anyone removing accessories, license plates or petrol from a car at corners or in the dark should be reported to the police.


9.      Anyone peering into parked cars may be looking for a car to steal or for valuables left displayed in the car, call the police.


10.  Persons entering or leaving a business place at odd hours could be burglars or thieves, call the police.


11.  Tricks into paying money for huge financial returns should be reported to the police.


12.  The sound of breaking glasses, or other loud explosive noises, could mean an accident, burglary attempt, or vandalism to public or private property, confirm and report to the police.


13.  Persons loitering around Schools, Churches, Parks, secluded but crowded area in the neighborhood, could be terrorists, sex offenders, cult members, etc. call the attention of the police.


14.  Persons who frequent the neighborhood at odd hours but do not live there could be burglars, or hardened criminals on surveillance or reconnaissance operations. Report to the police immediately.


15.  Always endeavor to know and understand those who stay around and within your neighborhood and what they do for a living. Criminals are not known by the expressions on the face but by what they do. Be security alert. Be conscious of your environment. Know your neighbors.

The police need to have accurate information as quickly as possible about a suspicious activity or crime in progress. This you can do when reporting by:


a.      Giving your name and identifying yourself properly.


b.      Describe the event specifically and in as brief a manner as possible. Give exact but brief details of the where, when, how, and who did it or is doing it, including the possible number of suspects, armed or unarmed and probable types of arm, which way did they come and which way are they going?


c.       Describe the type of crime, whether the crime is in progress or if it has occurred.


e.      Describe the vehicle if one was involved – colour, make, model, state license plate, special markings, dents, which way did it go?

Security awareness and sensitization training is one of our most important tools to reduce criminal opportunity and solve present security challenges facing Nigeria. Help make your community a safe place to live and do business. Do not allow fear of crime to restrict developmental activities. Be alert to your surroundings. Report every suspicious persons, objects, parcels, or parked vehicles to the police for prompt actions.

If you have information about any crime you would prefer to offer in confidence and anonymously, or during emergency cases call the 112 Rivers State Emergency Security Number or dial Eleme Police Division on 08033167714. The Police Is Your Friend! 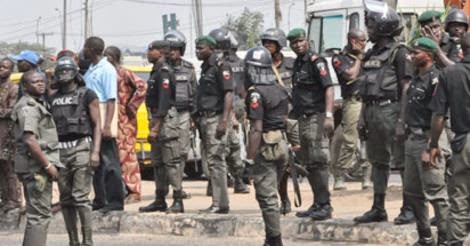 Posted by Ollorwi Osaro at 11:00 No comments: