NETANYAHU'S ALARM IS GOOD FOR ISRAEL

Netanyahu’s Alarm Is Good for Israel


Israeli Prime Minister Benjamin Netanyahu has warned the United States of America against agreeing to a nuclear deal with Iran and working with a country deeply rooted in militant Islam. He observed that Tehran “will always be an enemy of America”, stressing that “If the deal now being negotiated is accepted by Iran, that deal will not prevent Iran from developing nuclear weapons, lots of them”.


Netanyahu emphasized that Iran’s regime is “as radical as ever”, and therefore, “could not be trusted and the deal being worked out with the US would not block Iran’s way to a bomb but paves its way to a bomb”.


He appealed for s united front against terrorism and Iran’s attempt to acquire nuclear power. In his words, “We must all stand together to stop Iran’s march of conquest, subjugation and terror”.


This is not the first time Netanyahu is raising alarm over Iran’s nuclear weapons capability. In 1996 he spoke of catastrophic consequences if Iran were to acquire nuclear weapons, not only for the Middle East but for all mankind. He has severally made frivolous claims about nuclear weapons programmes in both Iran and Iraq, inventing imaginary timelines for their development and making misleading public statements.


This alarm is not only frustrating Iran’s effort to develop as a nation, ride itself of the picture of State terror sponsor, but also paint Iran as threat to peace and security in the Middle East and North Africa as well as enemy of the West.


Perhaps, many have forgotten that since 1970 Iran has been a non-nuclear weapon state party to the Treaty on Non-Proliferation of Nuclear Weapons (NPI), and has an advanced nuclear programme that it declares to be peaceful in nature.


But the odds against Iran are numerous which make Netanyahu’s warning worthy of consideration. Several factors are at stake when we consider the current deal being negotiated by the US.


2.      Iran’s sponsorship of terrorism is an issue. Is the carrot being advanced by the US capable of making Iran denounce terrorism? What will become of Hamas, Hezbollah, and Palestinian Islamic Jihadists?


All which has combined to hinder the Middle East Peace Process by arming militants including Hamas, Hezbollah and Palestinian Islamic Jihadists, and its continuous disruptive role in sustaining violence in the Middle East, especially Syria.


Perhaps, it is a welcome development that the Iraqi insurgency has brought Washington and Tehran together. But, Obama endorsement of this marriage from hell is rather too fast and irrational. Obama anchor his stance on “Iran can play a constructive role”. Iran and US may cooperate for convenience, but beyond subduing common enemies, their goals and aspirations are not the same. We are watching to see if Iran can really become a strong US ally in the fight against terrorism despite its official sponsorship of Hezbollah.


We also want to see how the cooperation over Iraq can solve the problems of jihadists from Europe who cross Iran to join the fight against US and NATO troops in Pakistan.


Besides, diplomats from both the West and Iran have maintained the following:


a.        That they are nowhere close on a deal to halt Tehran’s nuclear programme;


b.      That sanctions are not going away anytime soon; and


c.       That relationship between Washington and Tehran is far from cordial.


Who then is fooling who? America is approaching a hypercritical problem with a mind fixed on the enemy of my enemy is my friend. This stance portends grave consequences for peace and security in the Middle East and North Africa as violence and terror expand.


In championing the fight against terrorism America’s choice of enemies and friends have been very controversial and questionable. The case of Nigeria, my country, comes to mind here. Nigeria, though not colonized by America has been America close friend and ally. Unfortunately, during the 30 months Nigerian-Biafra Civil War (1967 – 1970) and the ongoing war against the terror group, Boko Haram, the US denied Nigeria arms to defend our sovereignty; protect our citizens’ lives and properties; secure our freedom; and guard our human rights and democracy. In other words, twice Nigeria was in great danger, twice America abandoned her to her fate and twice Nigeria turned to Russia to get help. In all, Nigeria has remained a faithful friend and ally of America.


But for decades now, the same America has been providing Iranians with tools and training necessary to advocate for their interests, protect citizens’ rights, and to communicate securely and freely with each other and the outside world.


When you compare the two scenarios above you will find where Netanyahu’s fears are placed, and also why he will continually raise the alarm for a long time to come, at least, to tell the world that he is suspicious of US romance with Iran or any other known enemy of Israel.


Secondly, that he doesn’t trust the US dealings with Iran vis-à-vis its nuclear programme.


Thirdly, though, Iran is said to be far from making nuclear weapons, the alarm aims to prevent the US from embarking on activities and relationship that will sooner or later consume Israel or further jeopardize peace and security in the Middle East. There is no idle romance!


The dilemma of US now is whether to reinvade Iraq or equip Iran properly to contain Iraq, particularly the activities of the Islamic State in Iraq and Syria (ISIS).


Double standard is weapon of deception whether on the economic level or political level. The US is still employing the instrument of cruel deception it invented during the Cold War in rather larger scale. Netanyahu is an insider, therefore should not be blamed for raising empty alarm. A study of the Cold War revealed the “State of mind that encourages international deception and the mind of the State that perpetuate it”. Big brother favours fraud instead of force to manipulate, dominate, and control the world.


After winning the Cold War, US now leads the race in converting enemies into friends and turning friends into enemies without blinking an eye. Netanyahu is not ignorant of America’s propensity to betraying allies, especially in supporting and later attacking them, hence the continual alarm.


Netanyahu’s alarm is for the good of Israel and for peace in the Middle East and North Africa. Keep warning the US; keep sounding the alarm; keep shouting. After all, to be forewarned is to be forearmed. 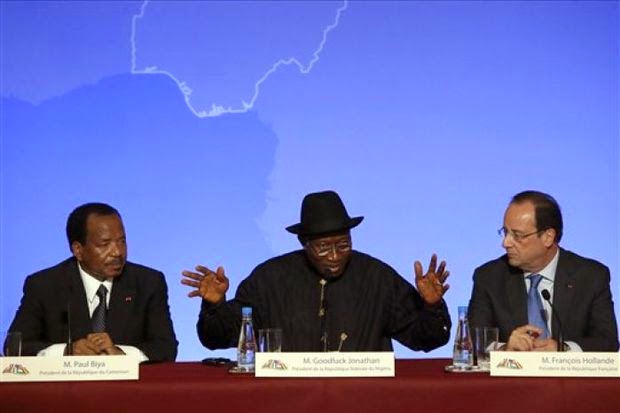