One of the issues that generated great interest in students and for which they craved for more clarifications and understanding during the ongoing security sensitization campaign in Schools in Eleme is pornography. Some of the very concerns expressed by the students centered on:
1.      What constitute pornography?
2.      Whether pornography is a harmless pastime or a deadly poison?
3.      Why the western world introduced pornography?
4.      How does pornography affects individual, family, and society?
5.      Is there a cure for pornography?
The enthusiasm shown by these students in the various Schools visited so far to know the evils of pornography how to avoid it motivated this article.

Pornography refers to books, magazines, DVDs, etc. that describe or show naked people and sexual acts in order to make people feel sexually excited. It also refers to printed or visual material containing the explicit description or display of sexual organs or activity, intended to stimulate erotic rather than aesthetic or emotional feelings. It as well entails the sexually explicit material that is designed to arouse the viewer, reader, or listener. Pornography may be presented in variety of media. These may include but not limited to pictures, written materials, or audio stuff. It may be found in advertisement, movie, music, fashion, magazine, books, as well as on television, video games, smartphones, mobile devices, websites, painting, animation, sound recording, film and so on.

How did Africans get trapped in pornography?

The western world led by the Americans through the instrumentalities of religion, education, trade, democracy and globalization propelled by their masquerade called “Information and Communication Technology” lured the Africans into the unending web of pornography. They have made pornography materials and contents (of all categories) attractive, sweeter, cheaper and easy to get that beginning from the so-called “soft porn” that is in many of the PG-13 and R-rated movies the individual graduates to the very “hard-core” porn that is easily accessible online whereby the social-life conditions of the victim deteriorates and develops into chronic maladies , and the devastating effects becomes widespread making treatment/withdrawal a complex and difficult process.
In other words, the degradation of African social life did not merely happen; it was planned, deliberately fostered and spread. This systematic undermining of the culture of the Africans continues today. The instruments of this assault on our culture and consciousness are the weapons of propaganda: the press, television, cinema, and education. The chief fount of the propaganda is the cinema. From his capital in Hollywood, the Americans spew out an endless series of perverted films to debase and degenerate the youth of Africans. Divorce replaces marriage, abortion replaces birth, and the family becomes the battleground of individual strife. America has attained the goal of destroying African culture. They are entirely to blame for the decline and fall of African culture. However, Africans are as much to blame. Their enthusiastic complicity with their own corrupters has been their undoing. The society we get is the society we deserve.
There is little doubt that the virulent sex epidemic we witness all around us is a deliberately planned sex trap designed not only to catch the victim but also permanently alter his/her psychic and ensure endless enslavement. This is what the western world want.
The puppet masters who pull the hidden strings of the African regimes, all masquerading as democracies, have managed to manufacture exactly what we see when we look around us: widespread neurosis, mass misery, the collapse of moral values, religion in ruins, and the coarse brutalization of the common man.
Pornography is a veritable weapon of mass destruction; and the excessive amounts of masturbation that necessarily follow in its wake have transformed a huge number of Africans – upwards of 75% of men by some estimates – into online perverts and sexual deviants, endlessly searching for the next dopamine high, unconcerned about companionship and morality, and unable to feel the full spectrum of human emotions, easy pickings for the media and its unending flood of lies and degradation.

The world today is overflowing with pornography. More people all over the world are consuming more pornographic materials now than at any other time in history. The globalization of the world fuelled by breakthrough in information and communication technology have triggered geometrical increase in the number of pornographic materials consumed; worsen by social cohesion, promote indiscipline and deviant behavior, especially in the third world.
The time, money, intellect, and other resources invested in the pornographic industry constitute huge loss to the economy. In August, 2013, The Watchtower Magazine reported that “every second nearly 30,000 persons view pornographic web sites”. The religion magazine observed that every minute Internet users send more than 1.7 million pornographic e-mails. It pointed out every hour nearly two hard-core pornographic movies are released in the United States, while every day an average of more than two million pornographic movies are rented in the US alone. It also revealed that every month nearly 9 out of 10 young men and 3 out of 10 young women in the US view pornography. According to the magazine’s estimation, “every year the global pornography industry generates an estimated 100 billion dollars”. No industry can grow without it being patronized. The statistics above pointed to a growing industry fueled by increasing consumers and an expanding market.
The effect of this is already taking its toll on social life in all villages, towns, and communities in Nigeria. No week passes without reported case of sexual offense across the country. In Eleme, for instance, cases of rape, child molestation, and other related sexual crimes traceable to exposure to pornography are on the increase. In all the villages, and towns of Eleme, women no longer go to the farm alone for fear of being raped or molested. Underage boys and girls now demonstrate expertise in sexual violence to the surprise of adults. Our street corners and plantation farms, at night are now open laboratory for experimentation of acquired pornographic experiences.
Pornography is like a drug to which the individual becomes addicted. Regardless of the hurt and pains it caused the individual, he or she keeps going back for more.

So how exactly does one go about getting rid of an addiction to pornography? Unfortunately, the reality is that there is no ‘miracle cure’ or drug that will ease ones compulsions. However, this does not mean that it is impossible to restore the mind almost completely to the way that it was before getting involved in pornography.  Though it will surely take some measure of willpower and grit, do not despair, as many have already completed their reboot and are now reaping the numerous benefits of freedom from the Western monster that is adult entertainment.
Remember your ancestors, Real African Men, and don’t be a victim of western poison.
Here are some steps that I think it would be useful to follow in order to quit masturbating and lead a healthier, more fulfilling life:

The first thing you will need to do is find a clear reason for why you wish to quit. For example, do you wish to become more focused in school or work life?  Perhaps become more attractive to women? Maybe you wish to regain lost masculinity, or even cure persistent porn-induced erectile dysfunction?
Whatever your reasons, do be sure to write them down and have them handy, so as to be able to pull them out quickly during moments of weakness and remind yourself of what you are trying to do and why.
If you have a close friend or family member who can assist you and provide support, you should definitely think about enlisting their aid.
Realize that porn is a western abomination, intended to warp your mind into conforming to their standards.  Realize that if you do not beat it, then you will spend the rest of your life living under a shadow, forever feeling that you are dirty and inferior to better, more disciplined men.

The fourth and last piece of advice I will give you is to understand the stages that a recovering person will go through, so as to be prepared for its trials. The stages that a typical recovery will entail are as follows:
In the first week or two of abstinence, you will feel your desire for pornography grow and become more insistent; do not give in at this stage; if you do, then you will have to start right back at day one.
After this period you will eventually get to a point where your desire becomes so great that your brain decides to almost shut down sexually. This is known as ‘withdrawal,’ because it mirrors the effect that other types of addicts experience with their recoveries.
In this period – which can last for about four weeks – your libido will be next to nonexistent, and you will be unable to easily gain erections. Do not be alarmed at this, as it will eventually subside, and you will soon regain normal control of your faculties.
After the period of withdrawal, you may find that the old desires and compulsions are back, albeit weaker. Do not give in and relapse, if you do, it will make it far more likely that you will relapse again, and again, in which case, you will have to restart your abstinence from the beginning.
Draw strength from those who came before you, remember the acts of your forefathers, remember your duty to your nation and to your race, and understand that while you are in the clutches of the vile addiction, you would not be able to fulfill them.
After a few days, you will start to notice a slow but very noticeable decrease in your libido and desire for pornography; keep at it and eventually you will start to return to normal, healthy sexuality.
Your old urges and desires will be greatly diminished, and you will experience life in far richer depth and detail than before. You will likely notice improvements in all aspects of life, and will be far happier and more capable a man because of it.
Do not let your guard down, as in today’s sexually charged environment; anything can act as a trigger for your old dependencies. Make sure to maintain all of yourself – body, mind and soul. Do this, and you will not only become better socialists or better citizens, but a better man/woman.
So “NO” to pornography and say “YES” to that man/that woman that loves you, need you and desire to make you what God wants you to be – Dominate, Conquer, Multiply and Replenish the world. A homosexual, lesbian, gay, or pornographer cannot achieve these feats.

Let this wise saying of Socrates challenge you to build the NEW YOU!
“The secret of change is to focus all of your energy, not on fighting the old, but on building the new.” – Socrates. 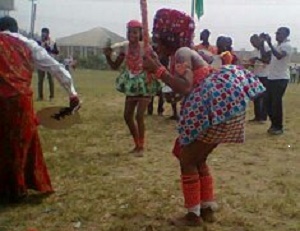