WHY MAJORITY OF ELEME INDIGENES AND RESIDENTS ARE NOT FIGHTING CULTISM


WHY MAJORITY OF ELEME INDIGENES AND RESIDENTS ARE NOT FIGHTING CULTISM 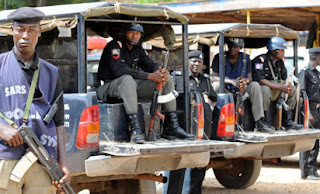 When the media are filled with news of bloodshed and violence at the hands of cultists, it is easy to forget that these cultists are but a minute percentage of the Eleme community. That is because the majority of the indigenes and residents of Eleme fail to speak out effectively against the cultists and their nefarious activities.  But, their hearts are troubled day and night when they see or hear the news of bloodbaths and violence across Eleme land. The good news is that this Silent Majority does not supply new members for the cult groups. They usually want to live in peace with themselves and with others. They are busy with their lives, doing business, working and raising their families. The silent majority of Eleme people are completely involved in the present with an eye for a brighter future. They don’t care to live in the past.

Unfortunately, when you walk on the streets of Eleme; when you go to market; when you go to school; traveling by car, motorcycle (okada), bicycle, you will feel that Eleme is engaged in war from the inside. You will see the increase of police officers in the public places; you will see the increase of checkpoints at the entrance of every town and village.
The situation has made life a living hell for the silent majority. They are frustrated, unhappy and very angry with these cult groups. They could not understand why these cultists are killing their own brothers and sisters and innocent bystanders. If you asked this majority of Eleme people about what is going on, they would tell you, “The members of these cult groups are stupid, crazy young men who do not have full understanding of Eleme Culture and have loss sense of Eleme Traditional Values (ETVs). Eleme culture does not agree with what they are doing – Eleme culture does not support the killing of human beings. Ancient cult groups that once flourished in Eleme such as Kprikpe, Egen, and Duduu existed exclusively to protect citizens and defend the territorial integrity of Eleme, not the other way round as we see it today.

Why the Majority are Silent

The question is if the majority of Eleme indigenes and residents are so frustrated with the cultists and their activities, why don’t they do more to stop them? A study by this writer revealed that most of these silent indigenes and residents of Eleme are doing nothing but merely watching the violence and bloodbaths. They passively watched and cursed. But the majority of them choose to be silent, not even to try to help the government or to assist the local police in catching these cultists and their sponsors. Why is this so?
Several factors have been identified as being responsible for this ugly scenario. But, we shall limit ourselves to the following: fear of retribution, fear of invasion by adversary, culture of loyalty, respect for cultists’ commitment, focus on personal needs, inadequate laws, government’s commitment to cultists and gender and street cults.

A person who contributes toward the fight against a cult group opens himself to the possibility of retribution. This retribution can come from different places. For instance, the cult group itself may find the collaborator and take revenge. Or, the collaborator may find himself in danger of honour killing from the captured cultist’s family, particularly if the family is large. “If you kill my brother, I kill you”, takes the front seat.

Eleme has been vulnerable to frequent attacks from her many neighbouring adversaries over the years but, have withstand all these attacks due to the total absence of inside moles and the cooperation that existed among the people. The silent majority of the people are aware that cultists of Eleme’s extraction have played into the hands of these adversaries who not only lay claim to Eleme land but are determine to annex the area in this 21st century; and have perfected the ground plan to sack Eleme using Eleme youths in the guise of playing cult (cultism).
The neighbouring adversaries provide these cultists safe haven, supply them necessary arsenals (weapons, ammunition, etc.), and morale support to terrorize Eleme. This development, though strange, is of great concern to the silent majority who are of the opinion that “The sources of popular support for cultists in Eleme, even passive support, must be addressed; otherwise, the cultists networks that are eliminated today will only grow back tomorrow”.

In Eleme, the cultists live in a neighbourhood mostly populated with silent majority of the people. The cultists may rent a house or live in a house that is owned by someone sympathetic to their cause. Because Eleme is a close-knit community, the people living in the area will avoid speculating about whether their neighbours are cultists. They don’t want to be suspicious of others in the neighbourhood. They don’t want to hurt each other. Reporting someone to the police goes against the culture. There existed friendships, relationships, and history between the people. They put those relationships above national security and helping the government and their own community check crimes.

Some of the silent majority are impressed that a group of Eleme youths are willing to terrorize the community. They believe the cultists are fighting the government by killing each other. They feel that these youths are agents of negotiation for economic empowerments and community development; a force to address their persistent suffering despite being blessed with abundant natural resources in their lands and waters.  They think to themselves: “These are people of courage”. They wonder, “Maybe the cultists have the true picture of present and future Eleme and are out to bring it to pass. It would be better for me not to oppose them because I may anger the Eleme”.

In Eleme, life is hard, and the average people focus much of their energy on survival. They are working hard to raise their families and meet their needs. They don’t see much advantage to speak out against cultists and their activities and cause trouble for themselves and family. “I have no time for this stuff. It is a government problem”, many would whisper. They will never go out on the street and demonstrate against cult induced killings and violence.

Legal coordination to cultism in the country remains problematic. The Rivers State Secret Cult and Similar Activities (Prohibition) Law No. 6 of 2004 as amended have all the teeth but lack the capacity to bite. The said law provides for amnesty, rehabilitation and restoration of repentant cultists but makes no provision for sources of funds to finance the processes; and makes no arrangement for alternative engagement for these cultists. Lack of political will and finance have been identified as some of the major causes of failure of amnesty programmes at the local government level.
Besides, our laws are filled with escape routes for the apprehended cultists. These loopholes make it difficult for the captured cultists to be successfully prosecuted and sentenced. Other problems associated with the above include: who testifies as witness, what of the protection of prosecutors, magistrates/judges and wide spread corruption, which combined to frustrate the system and increase the number of silent majority.

Another worry of the silent majority is government’s commitment to cultists which include visible encouragement, support, and promotion of cult activities. Today, well known cultists, pirates, terrorists, and warlords are respected, honoured, and rewarded with juicy contracts, paid for perpetuating anarchy and disorder, and given security details for heroism; to the dismay and detriment of the law-abiding citizens. The policy of “the more you kill innocent people and destroy quality-properties, the more you are rewarded by the government” is already sending ugly signal to the citizenry. The citizens are now aware that the easiest way to get recognition and attract attention is to pick up arms and kill as many people as you can and destroy as many important properties as you find on your way. Bad! Too Bad!!

Women play both active and passive roles in cult activities and they suffer the most from cult violence. They are the mothers, aunties, sisters and daughters as well as initiates of these cultists and cult groups respectively who are trapped in an unending web of cult violence. Their roles depends on who they are to an individual cultist or cult group but many involve supplying of information, provision of food, ordinances, ferry of weapons across boundaries, and leading of special operations.
Although, women remain a minority of street cultists and perpetrators of cult violence, they increasingly suffer the greatest harm. They are faced with specific and devastating forms of sexual violence; they are the first to be affected by infrastructure breakdown as they struggle to keep families together and care for the wounded; and many are forced to turn to sexual exploitation in order to survive and support their families.
There are linkages between women and peace as between men and conflict. Besides, females are the bearers of children or potential bearers of children. Unfortunately, women are not recognized or given commensurate attention in the peace, rehabilitation and restoration processes – amnesty. They are excluded and abandoned, but the networks their ugly experiences built are intact and functional.  This category of women constitute a time-bomb waiting to explode at the appropriate time as they produce new generations of cultists who eventually may unlash greater anarchy and disorder in society. The grudges these women bear toward the society for being responsible for their plight; and the hatred toward the government for doing little and nothing, continue to deplete the number of good citizens willing to fight cultism.
We must consider the multiple roles women play in security, diplomacy, trade, and politics; we must examine in details the impacts the presence and ethos of cultism and the process of cult violence on women; we must endeavor to address security of the female individual and community that has been compromised and undermined by the needs of the cultists. We must act now while the sun shines!

The general situation on ground is that the silent majority of indigenes and residents of Eleme live in fear from cult groups and the government that is very far from the people is not helping matters. They also lack the voice to speak out against cultists and cult activities.
In view of the above, the first step in solving the problem is to deliver the silent majority from this fear. The second and most crucial step is to give a voice to them. The government can achieve these by providing the needed security; create enabling environments that guarantee freedom, true democracy and the rule of law. The government can do more by acting as a bridge between the media and the people. Social engineering and social marketing should be intensified; while ensuring that conditions that give rise to crime and criminality are eliminated or reduced to the minimum.
The majority of Eleme indigenes and residents need not be silent any longer. They should come all out to speak in freedom and with power against cultism.
Posted by Ollorwi Osaro at 00:28