Intelligence Collection Disciplines
Security is a fundamental objective of all states. The Constitution of Federal Republic of Nigeria 1990 (as amended) states that the primary aim of Government is security. To support that search for security, all nations use intelligence, to one degree or another, to enhance decision making. Intelligence therefore is concerned with the collection, analysis, production, communication and utilization of information about potential hostile states, groups, individuals, and activities. When intelligence services fail to provide the necessary ingredients for decision-makers to make informed-decisions, then something is wrong. One earliest outstanding feature of a failing state is the failure of its intelligence system.
There are several methods of collecting intelligence. Each method of intelligence collection is an intelligence discipline. These disciplines are generally categorized into Human Intelligence Collection (HUMINT) and Technical Intelligence Collection (TECHINT). Present Nigeria’s intelligence services can be described as far from being global in operations and structure. Even our regional and national intelligence interests are limited in almost all dimensions. Nigeria’s Military departments or departments of government responsible for the provision of intelligence required for military forces and their operations required urgent reorganization to keep up with the changing times. The same is applicable to all agencies responsible for collecting, analyzing, producing and communicating intelligence about domestic threats to security. Nigeria is fast growing and other states have their eyes on Nigeria. Nations around the world are not only competing on the socio-economic scales, but have perfected the art of turning disgruntled citizens of opponent nation against themselves to gain some real advantage over the enemy nation by accessing its secrets or destabilizing its internal systems . Therefore, our intelligence collection operations must be modernized, in depth, penetrating and extensive.
The following are the different ways of collecting intelligence known as intelligence disciplines:

Human intelligence refers to information collected by intelligence officers. It involves the use of spies and requires men and women who know both the language and culture of the area to which they are assigned, who are comfortable living double life and can develop secure ways to exchange information in a manner that will not compromise the person providing it.

Signal intelligence refers to all kinds of information collected through various electronic devices, including the following sub-disciplines:

Photographic intelligence was the earliest term for imagery intelligence used widely to describe both film and digital photographs taken from satellites.

Communication Intelligence refers to the interception of communications between two or more parties.

Telemetry Intelligence is the interception of data transmitted during the testing of various kinds of weapons systems.

Measures and Signatures Intelligence is a more recent form of SIGINT using more sophisticated device that can sense material used in various types of modern weapons.

Radar Intelligence is concerned with information derived from the use of radar signals emanating from overhead satellites, aircrafts, or from ground-based sources.

Open Source Intelligence is the collection of intelligence information from a wide variety of publicly available sources (media, scholarly publications, government information and so on).
Let us conclude this discuss with a quote from the book, “The Art of War” by The Chinese General Sun Tzu (500 BC) as translated by Lionel Giles.
“What enables the wise sovereign and the good general to strive and conquer, and achieve things beyond the reach of ordinary men, is foreknowledge. Now this foreknowledge cannot be elicited from spirits; it cannot be obtained inductively from experience, nor by any deductive calculation. Knowledge of the enemy’s dispositions can only be obtained from other men. Therefore, enlightened rulers and good generals who are able to obtain intelligent agents as spies are certain for great achievements.
“If you know the enemy and know yourself, you need not fear a hundred battles. If you know youself and not the enemy, for every victory you will suffer a defeat. If you know neither yourself nor the enemy, you are a fool and will meet defeat in every battle”. 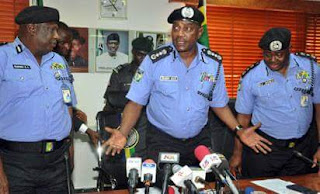 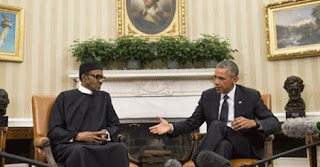