Development of Security in Nigeria


Development of Security in Nigeria

But, before then, may I use this opportunity to congratulate and commend the Federal Government of Nigeria for making Security Education a subject of study in Primary and Secondary Schools. Good foundation makes a solid building.

The importance of security to human survival is found in its evolution from primitive self-protection techniques, devices, and strategies to that of modern sophisticate systems technology. The advancement of security from physical access barriers created by such rudimentary perimeters as rocks fences to electronic access control systems, there has been always one constant (the rationale for security; that is, the needs for survival of man).

In the book, Security Administration: An Introduction, Post and Kingsbury (1977) defined security as that which “Provides those means, active or passive, which serve to protect and preserve an environment which allows for the conduct of activities within the organization of society without disruption.” This definition of security suggests that a stable and orderly environment is a result of properly applied security and that many measures (active and passives) can be put in place to achieve that aim.


The needs for security have existed in all human society. In the primitive society security concerns itself with the protection of persons (individual, family, or society) and property (land, residence, personal, or business). Ultimately, communications security (protection of community, military, or business intelligence) would become a third need (Richard W. Lack, et al 1997). These specific functions of security, Lack observed, “…are grouped into the following three categories” namely:

“Security is an all-inclusive term that implies risk management, loss prevention, and safety”. Ronald I. Heskett (1997). Heskett went further to observe that “Security implies a sense of comfort and confidence that protection has been provided; it … implies a barrier against threats that could destroy the community, business, or individual”.

The history of man is replete with evidence of activities that implies knowledge of many of the philosophy and ideals that are now known as security. Archeology has unearthed extensive accumulations of relies or artifacts from past civilizations that reflects elaborate security achievements. The Mammoth worlds of the ancient Babylon, the pyramids of the Pharaohs, the Roman Empire, the Empires of the Western Sudan, etc. rival the accomplishment of modern security management considering the state of technology. The glory that was Rome must be credited in great part to superior security activities. Roman region conquered an empire that in the 2nd century of the Christian era comprehended the farthest part of the earth and the most civilized portion of mankind. These vast domains were linked together by an elaborate security network that reached from Rome into the outline provinces.

Before the British invaded what later became known as Nigeria, there existed several informal security activities. No central security team existed in Nigeria before the annexation of the Colony of Lagos. Natives of the different ethnic nationalities organized their own security activities and provides for their own protection. They performed security duties and served as "messengers" to traditional rulers in various capacities, in courts, in the palace and while traveling.

On arrival, the British recognized them as "enforcers" of local laws, "keepers" of peace and order, and "protectors" of kings. At that time, these security personnel were known as "Akoda" and "Olopa" in Western Nigeria, "Dangary", and later "Yan Gardi”, “Yan Doka" in Northern Nigeria and "Danduka" in Eastern Nigeria.

The rise and fall of the Empires of the Western Sudan owe much to security activity.  For instance, the royal town, El Ghaba in the Ghana Empire, which existed between AD 300 to AD 1240 was secured by a defensive wall; strict immigration measures were taken, and the Emperor could put an army of 200,000 on the field at short notice. The people kept dogs of excellent breed, horses, giraffes and elephants for security.

In Mali Empire, during the reign of Mansa Musa (1307 - 1332), the empire was well protected by a security force of more than 180,000. There was also strict immigration measure; and justice was strictly maintained. There was complete security for travelers within the empire and there was no fear of robbers and thieves.

The Songhai Empire under Askia Mohammed (1493 - 1528) reached its greatest attainment of power and prosperity and "there was everywhere great plenty and absolute peace".

The first walls of Kano city were built at about the 12th century. The outer walls of Kano, which have existed thus far measure 30 – 50 feet high and eleven miles long, and it provided desired protection in times of attack.

It is also on record that in 1485, the screen of protection around the Alaafin of Oyo, compelled the Oba of Benin to tell the Portuguese who first visited Benin that the Alaafin was a powerful monarch whose face was never seen by his subjects. In Oyo Empire during this period the Eso (war lords) do not only raise troops, but also provided security for the Alaafins and their families.

When Bashorun Gaha upset the balance of the Constitution in his own favour and reduced successive Alaafins to the position of puppets, he failed to realize and appreciate the importance of security. The result was that in the 1770s, Alaafin 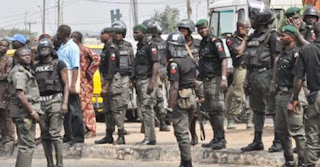 Abiodun exploited the porous security situation and succeeded in destroying Gaha and his entire family.

Queen Amina of Zaria was another pre-colonial African who managed the security functions efficiently and effectively. Her commanding personality and super intelligence were manifested in her selection, training, deployment of personnel, and management of the security activities. In this way it was 34 years of uninterrupted leadership, and the whole vast area between Zaria and the Rivers Niger and Benue, including the Kwararafa and Nape States were forced to acknowledge the over-lordship of Queen Amina.

What is remarkable about security during this period is that it was purely indigenous and was stimulated neither by contact with Islam nor Europe.

A lot of history, economic and other business books have been filled with beautiful accounts of the technological innovation of the industrial revolution in Great Britain and United States of America. Little was known about the security management methods and techniques that helped to make that progress possible. It seems highly unlikely that they could have made the industrial progress of the 19th century without a foundation of successful security activities.

The advent of the factory as the primary model of production, and the tremendous rise in the volume of production of the industrial revolution also created a need for large number of security personnel and managers.

The factory system may be distinguished from other models of production in that workers, stocks of raw materials and finished goods; machines and equipment, documents and other assets were concentrated in one building or a group of buildings. It also brought centralized control of production and drew a line between the employer and the employee.

The industrial revolution was a major contributory factor in the rapid development of the factory system, furnishing both the power and the machines for large-scale production, and large amount of capital were required to finance the factories. Since the crafts worker lacked the resources to buy the machines or to compete with machines, he assumed the role of an employee and the bourgeois class who had the money assumed the role of employer. The relationship between the employer and the employee become impersonal.

As a result of the impersonal relationship between the employer and the   employee, the latter felt that he was no longer an organic part of the organization and his interest in his job of the organization as a whole rested in its ability to pay him a wage with which he nurtured his body and soul, and raise his own family.

The industrial revolution also made affluence possible; caused increase in income disparity and displaced the crafts worker who cannot compete with machines. The new challenges, frustrations and temptations aggravated offenses of physical need and criminally of affluence and greed.

Another contributory factor is the capitalist system wherein the bulk of goods and services needed by society are created and distributed by private enterprise in search of profit with its essential attribute of materialism, private property, free enterprise, profit motive, self-interest, competition and the price mechanism. People become preoccupied with material possession, the rich are respected for their wealth while the poor are disrespected for their poverty.

Consequently, most people want to become rich and be respected. Many people engaged in different types of activities, such as manufacturing, banking, office work, robbery, pilferage, kidnapping, assassination, dope selling, pimping, illegal bunkering, etc. in order to get rich.

In the same vein, the industrial revolution impacted Nigeria in many other specific ways, including the following:


1.      The demand for cheap labour to keep the industrial machines running in factories in Europe promoted slave trade which lasted for several years in which, millions of young able-bodied men and women from Nigeria and other West Africa countries were sold and shipped into Europe.


2.      The request for raw materials to feed industries in Europe encouraged the entry into TREATIES with the local nationalities which dismantled and destroyed their existing systems and subjected the people to colonialism.


3.      The need for expanded market for goods manufactured in Europe resulted in turning our cities, towns and villages into dumping grounds for all sorts of goods including fake and adulterated goods and toxic wastes (e.g. Koko Toxic Waste dumping of June, 1988).

In addition to indigenous security problems and the universal effects of the industrial revolution on all nations; all the above scenarios exacted peculiar security challenges and posed grave dangers for the people.


Evolution of Modern Security in Nigeria

Before 1845, the efforts of European traders to penetrate the African hinterland were frustrated by African middlemen in what was increasingly becoming a lucrative trade. In 1849, the British government appointed a Consul General for the Bight of Benin and Bight of Biafra on the Atlantic Coast of West Africa to promote legitimate trade and prevent the incessant quarrels between African Chiefs and the British traders in the area. When the crisis continued, the British Consul charged with the administration of the Lagos Colony, William McCosky whose duties among others included the maintenance of law and order, requested for a small-armed force to help him maintain peace in the area. A Consular Guard comprising 30 men was established in October 1861. In 1863, the Consular Guard was named Hausa Guard, as it was constituted mainly from the Hausa ethnic group.

In 1879, a further reorganization was carried out resulting in a Constabulary of the Colony of Lagos. This Constabulary placed under the command of an Inspector General, performed mainly military duties. In 1886, the Lagos Police Force was created, and it performed additional duties of sheriff, inspector of weights and measures, and officer in charge of prison.

While these developments were going on in the South, the Royal Niger Company (United African Company) was granted approval in 1886 by the Colonial Government to establish a protective force for its business interests in the North. Thus empowered, the company founded the Royal Niger Constabulary in 1888, with headquarters at Lokoja, to protect its installations along the banks of the River Niger.

After the amalgamation of the Northern and Southern protectorates in 1914, the two police forces operated separately until April 1930 when they merged to form present Nigeria Police Force (NPF), under the command of Inspector General of Police.

Although, the Nigeria Police Force came into being by Ordinance No. 3 of 1930, which brought together the various local police forces that existed in various parts of the country, the force was used to:


More importantly, it marked the beginning of modem security and the evolution of modem policing in Nigeria. 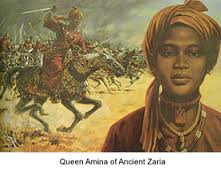 Email ThisBlogThis!Share to TwitterShare to FacebookShare to Pinterest
Labels: Security in Nigeria